I have 12 points on my driving licence, will I get banned from driving?

If I have 12 points on my driving licence, will I get banned from driving?

Penalty points can be imposed against driving licences for a variety of offences such as speeding, careless driving, or using a mobile telephone whilst driving.

For drivers who are at risk of receiving penalty points for such a driving offence in circumstances where the ‘total’ sum of the points on their driving licence may reach or exceed 12, they face being banned for up to 6 months under the ‘totting up’ provisions.

In such circumstances the Court will usually require a driver’s attendance at Court for consideration of a ban to be imposed.

The driver will receive a summons to attend Court which will include details of the charge.

A driver faced with such a summons will have the option to plead guilty, or not guilty to the offence.

For drivers who admit that they are guilty of the offence charged, they will still be required to attend Court for sentencing. 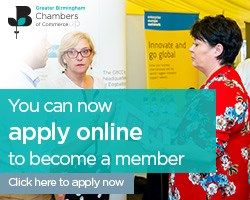 What will happen when I get to Court?

You can either attend Court to represent yourself, or you can instruct a Solicitor or a Barrister to advise and represent you.

The Court will hear your case and will consider the appropriate sentence for your offence.

Typical sentences include the imposition of points, a driving ban, and a fine together with court costs.

A Barrister or Solicitor may be able to assist you at Court in obtaining a favourable outcome.

If I receive 12 points or more, can I continue to drive?

If the Court imposes points for the offence you face which ‘tot up’ to 12 points or more, the Court will look to impose the ‘totting up’ ban.

A totting up ban will disqualify you from driving for a period of six months from when the ban is imposed.

The only way to avoid a 6-month disqualification is to persuade the Court that you would suffer ‘exceptional hardship’ as a result.

If you advance an exceptional hardship argument, the Court will hear evidence from you directly and will consider the effect that a 6-month driving ban would have on you, and on any other person who would be directly affected by the imposition of a ban.

The Court will want to hear the impact that a ban would have on your work and home life, together with any direct effect on family members.

Losing your job is not considered exceptional hardship by the Court, but the financial effect that a job loss will have on your life, or that of your family’s, may be important.

If the Court is satisfied that you would suffer exceptional hardship, the Court has two options; firstly, it may decide that a ban will not be imposed as a result of having ‘totted up’ 12 or more points.

In such circumstances you will be able to continue driving even though you have 12 or more points on your licence.

Alternatively, the Court may still decide to ban you from driving, but they may impose a ban for a period of less than 6 months.

This may occur if, for example, your exceptional hardship will not arise until part way through the 6-month ban.

What if I successfully argue ‘exceptional hardship’, but get caught speeding again?

Points remain on a driving licence for a period of four years, but only count for the purposes of ‘totting up’ for 3 years from the date of the offence.

You may, however, advance an argument of exceptional hardship within that three-year period if your ‘hardship’ is different in nature from what has been advanced before. 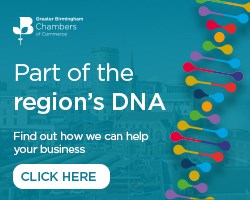