We hear it everywhere but what is Globalisation?

Simply put, globalisation is the process of connecting different countries, cultures, customs and information available through trade and commerce. Connecting countries and cultures across the world have been an endeavour pursued by us as a species since the beginning of civilisation.

The Silk Road is a perfect example. The Silk Road evolved further via the spice trade routes all made possible by ships that could transport both people and goods to the ends of the earth. Even today, this mode of transport is still essential for distributing goods around the world. Between the 1800s and early 1900s, rail travel allowed for more interconnected cities, thus making the economies of countries and even continents more intricate and complex. After World War 2, the increasing commercialisation of flight was a further evolution which created a much smaller world in terms of accessibility.

Humanity as a whole has moved forward with globalisation being at the core for advancing civilisations. We unified as tribes, then villages, then cities, on to countries and continents, all leading to global alliances. There are beliefs that the next step in this evolution may be unification as a species. But of course, this is just speculation, and with the current pandemic raging across the globe, the concept of globalisation is likely to look different post-COVID19.

Globalisation has been the driving force for the advancement of civilisation. Knowledge is power and globalisation has enriched people by exposing them to different cultures and concepts leading to scholars and scientists working continuously to make the quality of our lives better. In today’s world, pretty much everything is connected via the internet. This revolutionary “web” has further advanced our society in a similar way to modern medicine, ships and aircraft. We can access vast amounts of information in most of the world’s languages all at the click of a button. 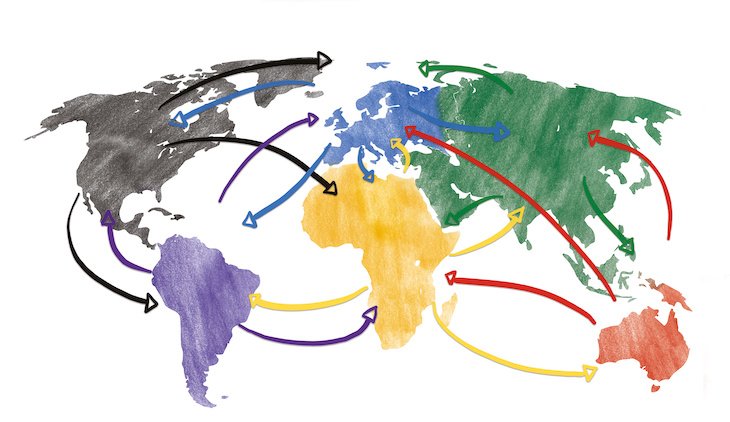 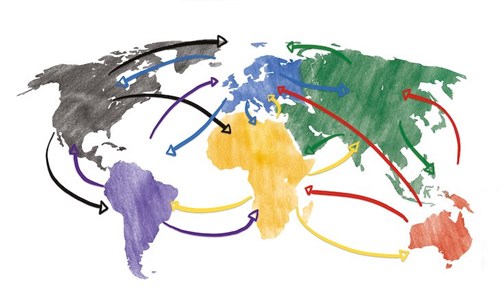 Is information more valuable than ever?

Information is now a highly valued commodity, which is a frightening prospect in some ways, as it makes globalisation more complex, which in turn, leads to exploitation and the spreading of fake news and information to gain influence in the world. There will always be people who will look for an opportunity to profit in ways that are illegal or deceitful; time and time again there are some who wage their personal wars to acquire more power and influence, to the detriment of others.

Take ships, for example. Their invention has been invaluable, but in the past, fleets were used as a warning to force countries into signing unfair treaties and agreeing to tariffs to create vast empires. The invention of the aeroplane led to terror raining down from the skies to obliterate entire cities as seen during the second world war. These days, it is not as plain as it was in the past to see the atrocities inflicted by various factions of mankind on others. Still, the inventions made possible by globalisation leads to both prosperity and conflict. 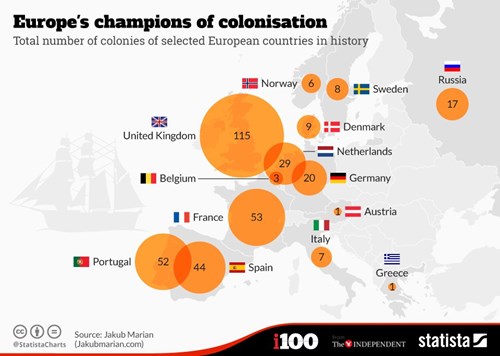 Maybe, when we emerge from the current pandemic, because of the tragedy of the lives lost and the shut-down of economies across the globe, we will emerge a wiser species.

So, what’s next in the rise of globalisation?

The next frontier to unfold over the next century is likely to be further space exploration. Major corporations like SpaceX are already experimenting with reusable rockets, and there are talks of terraforming Mars, underway. Extra-terrestrial life forms are probably going to be needed in order to truly unify us as a species too.

Globalisation will continue, but not as we knew it. The economies of the world have been hit with something akin to a reset button, and so, there will be opportunities for repurposing and innovation. Post-crisis creativity will be crucial to our recovery. 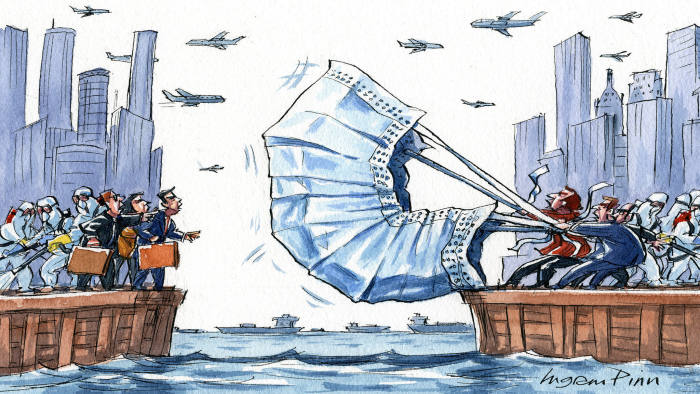 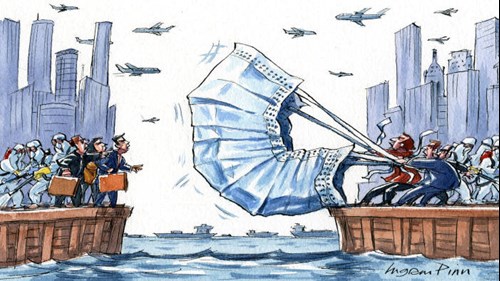 The warning signs were there

The status of globalisation was seen and felt during the global financial crisis of 2008, affecting world economies and leading to austerity measures here in the UK. This highlighted the fragility of international supply chains and reliance on other countries to manufacture and produce essential products. Processes to reinstate some factories and manufacturing plans back onto the domestic front is something that was already underway for fear of the same thing happening again, and as a measure to counteract the blow if there was a repeat. The 2020 pandemic has only served to solidify and confirm this further. We can all assume that this trend to bring back factories onto domestic soil that produce essential products, will only speed up after this.

So, what changes can we expect to see once things start opening up again? Maybe a change in globalisation with countries operating more on a domestic/national level once again, as countries put their citizens first over global collaboration. This retreat first revealed itself during the 2008 financial crisis and because of the stricter immigration policies set up. Add Brexit into the mix and the passing of the bill to build the “wall” at the border with Mexico and the US, the impact will be felt globally.

There is an opinion that perhaps the pace at which globalisation was happening before the current crisis was too fast for the general populous to truly comprehend and grasp. The inability to understand the scope, scale and potential of a truly connected world is a difficult concept to embrace, with a mix of cultures all finding curiosity in the “outside world”, but with mixed feelings about which changes are acceptable and which aren’t. Then there’s fear – when people don’t truly understand something, they reject it. This gives rise to a more closed view which inevitably leads to a more nationalistic agenda coming to the fore.

The impact on profit and loss

The result of an internationally dependent supply chain gave rise to increased profit and loss margins, but its frailty has been exposed. Now, integrated supply chains will have to be thought about from the ground up once again. How this will move forward is something that will be of interest to all industries that work internationally. This, however, doesn’t mean the end of globalisation. People will always want to conduct business in foreign markets and make successful margins in doing so. Communication is more important than ever. Big corporations that work in several countries must change and adapt to these changes. Language is still the greatest strength or weakness for companies when trading internationally.

What are your thoughts on the future of globalisation? How do you think language and culture will have an impact on this?