Business leaders call for 'period of stability' after Trump victory 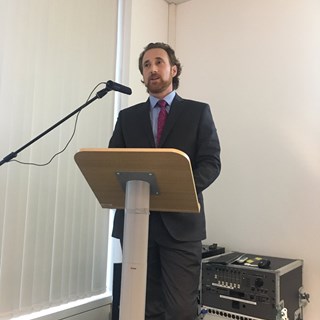 Business leaders in Greater Birmingham today called for a period of stability after Donald Trump's shock victory in the US election.

Paul Faulkner, chief executive of Greater Birmingham Chambers of Commerce, said: "The US is the UK's biggest export market so it's vital that we maintain close relationships in the States.

'We will seek clear guidance on the way forward, especially in the light of Mr Trump's plans to renegotiate trade deals."

Mr Faulkner was speaking at a US-Post election breakfast this morning at Birmingham Airport organised by the Midlands Chapter of the British American Business Council.

He added: "The BABC in the Midlands is one of 22 Chapters in the UK and North America.

"Through the BABC and the new Birmingham Chamber International Business Hub we will be working flat out to maintain certainty and stability in trade between the two nations."

He said: "Hilary Clinton said America is already great and rural America said: 'No, we are not'. The ignored have thrown a brick through the window of Washington."

Paul Forrest from the West Midlands Economic Forum said Trump's pledge to focus on manufacturing and aerospace could spell positives for the region, with firms like Jaguar Land Rover leading Greater Birmingham's drive for business across the Atlantic.

He said: "If Trump is going to rebalance the economy and focus on the manufacturing sector, this could have positive implications for the Midlands given the components it exports to the US."

Tim Emrich (pictured), CEO of UK Power Reserve and a member of former president Bill Clinton's team, also gave an insight into his time working in the White House, spelled out his fears for climate change policies and the rights of individuals under the new president.

Charles A Gallagher, professor and chair of the Sociology and Criminal Justice Department at La Salle University, also discussed the economic impact of the election result.