Chamber: we’re leaving – now is a time for ‘collaboration, vision and clarity’ 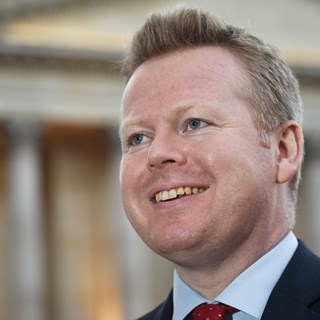 Greater Birmingham Chambers Chief Executive Paul Faulkner today made an urgent plea for ‘clarity and leadership’ as the UK prepared to leave the EU following the historic vote for Brexit.

As the nation begins to reflect on an uncertain new future outside the EU, Mr Faulkner said negotiations to guide Britain through Brexit would take ‘a substantial amount of time, finesse and expertise.’

Mr Faulkner said: “The nation has spoken and there will be mixed emotions today. Those who campaigned for a leave vote will no doubt be celebrating their success and anticipating a newly defined, confident UK outside of the EU.

“But there will be many in the business community feeling uncertain and unsettled today.

“There will in the short- to mid-term at least be consequences for our economy as investors look to our political leadership for clarity on their vision for a post-Brexit UK and how it will relate to the EU, single market and trading partners across the world.

“I would ask businesses to be positive and avoid knee-jerk reactions. We have several years of negotiations ahead before this vote becomes a reality and there is still plenty of business to be done.

“Across the country we need to put division aside and come together to heal and grow a new future.

“To my mind, there has never been a vote so close and so divisive. In Birmingham there were just 3800 votes between the two camps. Now we urgently lead clarity and leadership from Government to bring the nation back together.

“We urge the Government to step up, put political and personal differences aside and act in the best interests of our nation. We need our leaders to quickly, effectively and with one voice deliver a credible plan for a United Kingdom in a new, mid- and post-Brexit world.

“We need any leadership challenges or Cabinet reshuffles to be dealt with quickly and cleanly so that the real work can begin. We need our Government to restore confidence in our economic and political future.

“The negotiations required to guide Britain through Brexit will take a substantial amount of time, finesse and expertise. At this stage, there is little reliable information available on the next steps and how long this will take.

“Now is a time for collaboration, vision and clarity.”

The results across the Greater Birmingham Chambers of Commerce area were as follows: