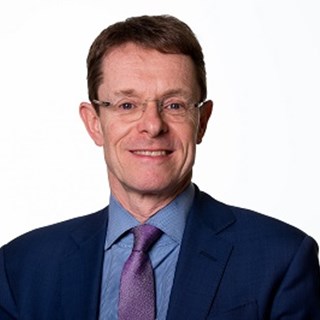 The West Midlands is continuing to successfully attract foreign investors, creating thousands of new jobs, according to a new report.

The report into foreign direct investment (FDI) has been released by Marketing Birmingham, which says that the West Midlands has seen a188 per cent increase in foreign investment projects since 2011/12.

These projects have helped the region create 11,119 new jobs, more than any other area outside London

Marketing Birmingham has admitted that the EU referendum caused ‘unease’ among investors during the last quarter, but despite this area covered by the Greater Birmingham & Solihull LEP (GBSLEP) attracted 81 new FDI projects and created and safeguarded 5,176 jobs in 2015/16, an increase of 86 per cent when compared to 2011/12.

Foreign investment into the GBSLEP area was predominantly driven by the advanced manufacturing sector which represented 31 per cent of all projects.

US firms were the most prominent investors, accounting for 32 per cent of all projects. These include Jacobs Engineering, which expanded its business in Birmingham with a new office on Colmore Square in the city centre’s business district in autumn 2015.

Advanced, one of the largest business software providers in the UK, also chose Greater Birmingham as its key location. In part, due to the region’s status as having one of the country’s best performing digital economies, with more than 6,000 firms delivering £1.6 billion to the local economy.

GBSLEP chairman Andy Street (pictured) said: “The figures released today show an impressive increase in businesses and jobs over the last five years in the GBSLEP area. This has only been possible through private and public organisations working closely together through collaboration and partnership, which we will continue to build on in the year ahead.

“Greater Birmingham is constantly evolving and has transformed itself into a globally recognised business destination for companies across a range of industries.

“We have a world-class reputation for attracting and retaining investors from across the globe and we will continue to offer the best possible support package and incentives to potential investors. Greater Birmingham offers businesses a highly skilled workforce, vibrant business community and excellent access to the rest of the UK and internationally.”

“We must however acknowledge for some business sectors that pre-referendum uncertainty created a slowdown in activity, still I believe the city region is in a strong position to continue to grow.  We must seize opportunities that will arise with a new PM and Cabinet now in place.”

Greater Birmingham Chambers of Commerce chief executive Paul Faulkner said: “These figures reaffirm our region’s place as one of the most attractive places to invest in the UK. We are, quite rightly, proud of our manufacturing and engineering heritage and it’s great to see that this sector’s strength continue to attract large volumes of investment.

“The volume of professional and financial services and IT, digital and creative sector investment also highlight how these industries have become an integral, and growing, part of our economy. It is always reassuring to see the numbers translating into real jobs on the ground.

“Naturally, like the rest of the UK, businesses and investors have been affected by uncertainty surrounding the EU referendum result. What is pleasing is to see the strong, dynamic base our region will be facing this uncertainty from.

“With these projects coming to fruition and the well-known developments with HSBC UK, the Midlands Metropolitan Hospital and HS2 to name a few, picking up pace, I’m confident that our region is well placed to continue on a positive trajectory, whatever the political environment holds.”

Neil Rami, chief executive of Marketing Birmingham said: “Post-Brexit we need to refocus our efforts to ensure we continue to attract investment from foreign markets.

“Joining forces with the Midlands’ LEPs and the Department for International Trade here in Birmingham will allow us all to collaborate more closely with public and private sector bodies across the region, ensuring we maintain a strong pipeline of investment interest.”