Employers in dark about Apprenticeship Levy 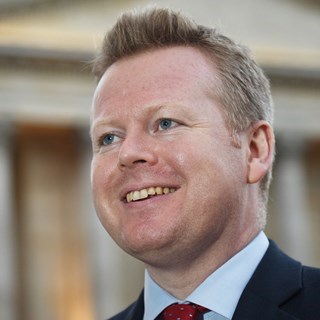 Almost 40 per cent of all West Midlands employers have not heard about the government’s new Apprenticeship Levy, which is due to be introduced next April.

The initiative – under which the government proposes to apply a levy to large employers across all industries – was announced by former Chancellor George Osborne last year.

According to a new survey by British Chambers of Commerce, there is a considerable amount of ignorance and confusion about the new initiative.

Some 37 per cent of West Midlands businesses who responded to the survey said they had not heard about the Apprenticeship Levy, or had any understanding of it.

Nearly half (48 per cent) responded that they hadn’t heard about, or had no understanding of, the way apprenticeship funding policy would work.

The threshold for paying the levy is a wage bill of £3m, but only this would only apply to 11 per cent of respondents locally.

Paul Faulkner (pictured), chief executive of the Greater Birmingham Chambers of Commerce, said: “Today’s statistics highlight a number of concerns which businesses have regarding the Apprenticeship Levy.

"Prominent amongst them is a strong feeling that government has not done enough to ensure that the business community is engaged with the details of the levy and the wider apprenticeship reforms.

“Strikingly, the survey shows that a significant percentage of business leaders don’t feel that they have an understanding of the Levy, or that they hadn’t heard about it at all.

“Considering the scale and importance of the policy, this is a worrying signal that Government cannot afford to miss. The success of the levy will be determined by business take-up so it is clear that the government needs to work harder to explain the upcoming changes and outline the opportunities for businesses and training providers in order to increase engagement.

“The survey also revealed that many West Midlands businesses doubt the effectiveness of the apprenticeship reforms in their current state with nearly 40 per cent of businesses reporting that they don't feel that it will have any impact upon the quality of vocational training in their sector.

“We have consistently made the point that the Government needs to make quality apprentice training the focal point of these reforms rather than seeking to increase numbers in pursuit of their three million new apprenticeship starts by 2020. Sacrificing quality for quantity will have a negative impact on the apprenticeship brand and will undermine the reforms.”

The British Chambers Apprenticeship Levy survey was conducted with 1,600 business leaders across the UK undertaken in August 2016 and found that nationally, nearly two in five (39 per cent) business people still have no understanding, or haven’t heard of, the Apprenticeship Levy.

The survey also shows that many medium-sized businesses (employing between 50-249 staff) will have to pay the levy, with 30 per cent of those surveyed saying that they will fall under its scope.

Furthermore, only a quarter (26 per cent) of businesses expect to recover all or more of their Levy payment – suggesting that for most businesses, it will feel like a tax.

The survey demonstrates that the government has so far failed to adequately communicate the apprenticeship funding policy.

To find out more about the Apprenticeship Levy, there is a briefing paper here which contains all the latest information.

The Chamber is also planning to run a number of sessions to demystify the apprenticeship reforms.