Businesses encouraged to join the ‘Pay in 30 Days’ pledge 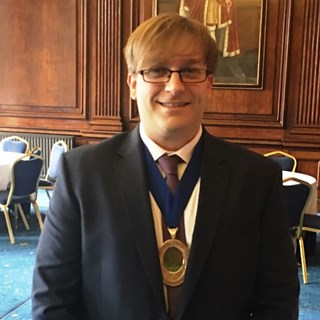 Businesses in Lichfield and Tamworth are being encouraged to support the local economy by pledging to pay suppliers within 30 days.

‘Pay in 30 Days’ is a new initiative which has been launched as the main policy of the Lichfield & Tamworth Chamber of Commerce and is designed to tackle late payment - one of the biggest issues facing the area’s small and medium enterprises.

A recent survey found that, on average, more than £200,000 is regularly owed to businesses in the West Midlands, which in some cases can mean the difference between success and failure.

Companies often find themselves waiting 90, or even 120, days to get paid for services and products.

Supported by Lichfield MP Michael Fabricant, Pay in 30 Days hopes to turn the tide on late payment by promoting best practice throughout the local economy. Although it is not legally binding, companies signing up to the pledge are showing their commitment to pay suppliers within 30 days, or within agreed contract terms.

James Blackman (pictured), president of the Lichfield & Tamworth Chamber, and managing partner of Cocoonfxmedia Ltd, said: "Late payment is stifling growth. Small and micro businesses are the lifeblood of the economy and it’s vital that they thrive. I’ve known firms to go out of business while waiting for large invoices to be settled and it’s just not acceptable. Some companies drag out paying as long as they can and it needs to be addressed.

"If every business improved their payments to suppliers it would have a massive impact on the local economy across the entire spectrum of sectors. Businesses would have more money to spend on growth and employment. As well as helping to improve their corporate social responsibility, signing up to the pledge would also make businesses more appealing as a potential trading partner and could result in them winning a contract above the competition.

"I hope this campaign will go some way towards promoting best practice and raising awareness of the issue locally to the extent that changes will be made."

If enough businesses sign the pledge, it is hoped the campaign will be rolled out to other divisions within the Greater Birmingham Chambers of Commerce.

A number of companies have already signed up, including the board members of the Lichfield & Tamworth Chamber.

Neil Lancaster, partner at Adams Moore Accountants in Tamworth, said: "As accountants we recognise that while profit is a key driver for most business owners, the end result needs to be cash in the bank.

"Small businesses account for more than 50 per cent of all businesses and if we want the economy to grow, we need them to have the cash flow to pay staff, overheads, crown taxes due, and crucially, leave enough to grow.

"At Adams Moore we do a weekly BACS run to pay suppliers and also have a lot on monthly direct debits and standing orders. It helps us to know that suppliers are paid and have no reason not to do business with us."

Chris Lines, managing director of Dyne Technologies in Lichfield, said: "As an SME, we appreciate that cash flow is the lifeblood of businesses of any size. Adhering to payment terms is not only crucial for the success of the business, but also for building strong relationships with our suppliers and customers. Paying as per the payment terms builds trust between us, something that is critical for business growth moving forward.

"We’re proud to support the Pay in 30 Days campaign as it is something that Dyne Technology has always championed. We encourage other businesses to come forward and take the pledge too. Let’s Pay in 30 Days and help to build our economy!"

The Pay in 30 Days pledge is open to all businesses, not just Chamber of Commerce members.

Signing up couldn’t be easier. Simply visit the Tamworth & Lichfield Chamber page here to register your company name and email address. You will then receive the Pay in 30 Days logo to display on your website and literature.

You can also show your support by using the hashtag #PayIn30Days on Twitter.