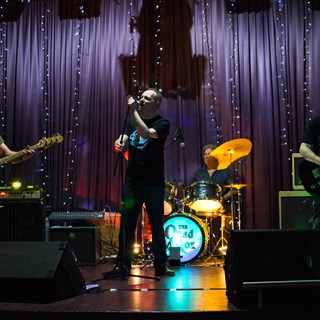 Accountancy firm JW Hinks LLP is celebrating after raising more than £1,000 for charity at a special gig.

The firm, based in Edgbaston, helped to raise money for their chosen charity of 2017, Birmingham St Mary’s Hospice, at a performance by local bands The Quad Rox and Basement 20.

The Quad Rox took to the stage at Old Oscott Working Men’s Club in Great Barr to cover a wide range of rock classics from the likes of Oasis, The Clash, The Jam, The Killers and The Rolling Stones.

The fantastic performances by both bands helped to raise more than £1,000 for the charity, which cares for more than 2,000 sick and terminally ill people in the West Midlands each year.

Neal Aston, Managing Partner at JW Hinks, said: “The performances by The Quad Rox and Basement 20 were fantastic. And thanks to this brilliant night and help from the bands we have managed to raise an incredible amount for Birmingham St Mary’s Hospice.”

JW Hinks has a long and proud history of supporting the region’s charities and each year commits itself to holding events to help a number of local causes, often raising thousands of pounds.