Be wary of investing in cryptocurrencies, warns wealth specialist 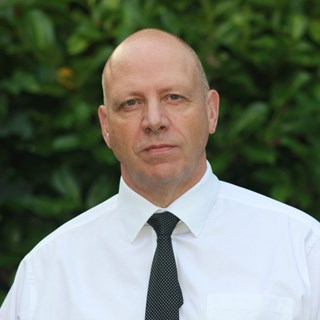 Despite the growing popularity of ‘cryptocurrencies’, a Birmingham wealth specialist is warning investors to be extremely wary about their volatility as an investment.

Steve Johnson (pictured), managing partner of Ward End-based investment specialist S Johnson Wealth Management, said anyone investing in cryptocurrencies should be aware that they could ‘wake up a millionaire and go to bed bankrupt’.

He added that it could work the other way round - but at the end of the day, investing in cryptocurrency was ‘gambling’ and he would not currently provide advice to anyone who is thinking of jumping on the crypto bandwagon.

He said: “How risky is cryptocurrency? In a word: very. In two words, very very.  In investment terms, we say an asset is ‘volatile’ if it is prone to sharp decreases or increases in value over a short period of time.

“Ordinary cash is (usually) not volatile - interest increases its value only very slowly, inflation erodes it only gradually, and often the two cancel each other out.

“By contrast, a highly volatile asset will result in a performance graph that looks like the Big Dipper at Blackpool.

“Most cryptocurrency falls into that class, although some of the better-known crypto has been hitting calmer waters recently.”

Mr Johnson added that cryptocurrency volatility was currently at a low point, and that of the best known, Bitcoin, had been comparable to the equity markets in recent times.

But he added: “That said, cryptocurrency has historically been amazingly turbulent – to the extent that people could wake up a millionaire and go to bed bankrupt, or vice versa.

“The reason for this is a combination of factors, one of the main being powerful emotions: greed on the one hand, fear on the other, and squeezed in between them ‘FOMO’ - the fear of missing out.

“Added to that explosive mixture are the ‘whales’ – big-hitting investors who can influence the markets by the sheer size of their punts. In summary, this stuff is incredibly high maintenance and needs to be watched like a hawk, ideally 24/7.

“We as a company have decided not to advise our clients on crypto for the foreseeable future – our message to investors for now is: if you try this, you are on your own.”