He said that the Organising Committee are hoping to break the most recent host of the Commonwealth Games, the Gold Coast, record of 84 per cent of contracts being given to local firms.

He also said that the weighting of social value in contracts and tenders is likely to increase, being weighted after quality and price in tenders and valuations.

The Commonwealth Games is estimated to boost the region economy by £1bn, as well as establish thousands homes in Perry Barr and employ 41,000 people in Games time roles.

“The way we see it, is that the more of our supply chain can be with local contractors, the more local people they can employ and we see that as a massive part of the legacy of the Games.

“The way I and the organising committee see it is that once the Games are done, records have been broken, medals have been won, and the show is all packed away, people will remember the Games for 10, 15, 20 years.”

James was appointed to the post of head of legacy in the summer, and is the former chief executive of Steps to Work, who now lives in Sutton Coldfield.

Alongside James, president of ABCC Qasim Majid also provided attendees with an overview of ABCC activity since February – including an update on the ABCC Diversity in Leadership pledge and the  launch of the ABCC’s annual dinner and awards.

The black-tie event will take place at the National Conference Centre on 7 December, at the Motorcycle Museum in Solihull and feature two new award categories.

In total, nine awards will be handed out at the event.

The new awards are:

Outstanding Family Business of the Year

Outstanding Venue of the Year Award

Outstanding Charity of the Year Award

The final award, Business of the Year, will be chosen from the winners of the other award categories.

Douglas Wright T/A McDonalds and HSBC have already chosen to back the awards as headline sponsors.

To submit a nomination, visit https://www.greaterbirminghamchambers.com/networking-events/events-calendar/listing/abcc-dinner-awards-2019/ 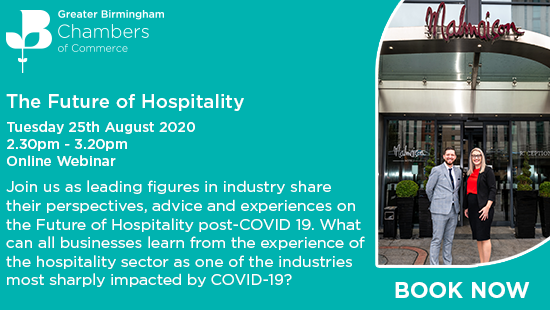