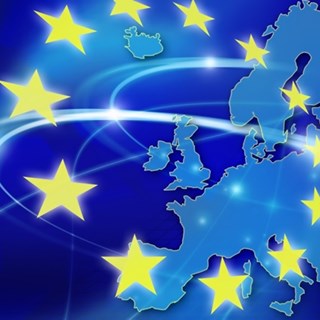 Business leaders are urging the Government to change its “narrow thinking” over refusing to extend the Brexit transition period – with a critical month of negotiations beginning this week.

The final round of Brexit negotiations before a key EU summit get underway tomorrow and, under the terms of the Withdrawal Agreement, the UK has until 30 June to propose and agree an extension to the transition period.

At present, the transition period is due to end on 31 December this year, at which point the UK will begin trading with the EU under the terms of any trade deal – or revert to WTO rules in a ‘no-deal’ scenario.

Reports suggest trade talks have been going poorly, with differing positions on key issues, the challenges of conducting negotiations over digital conferencing and members of both sides’ negotiating teams contracting coronavirus.

However, the UK Government has repeatedly insisted it will not ask for an extension to the transition period – and will decline any such request from the EU.

Greater Birmingham Chambers of Commerce want the Government to re-think its position.

He said: “While coronavirus has understandably dominated the headlines and business planning in recent months, Brexit is not over yet.

“June is a critical month for Brexit negotiations. By the end of it, we should know how likely a deal (or not) is looking.

“It is critically important for businesses to maintain awareness of these developments so that they are best placed to adapt quickly to the final outcome.

“Where possible, they may wish to revive and review Brexit contingency planning arrangements, in light of the dramatically different Covid-19 environment we now find ourselves in.

“We know how hard hit, stretched and depleted many businesses' resources and capacity are as a result of this pandemic.

“We also know that many of the businesses hardest hit by this, such as those in the retail and automotive sectors are also the most exposed to Brexit risk due to the nature of their international supply chains and EU citizens in their workforces.

“We urge the Government to change their narrow thinking position on refusing an extension to negotiations.

“British business has just faced its greatest crisis since the Second World War. If a comprehensive deal cannot be agreed, the business community needs time to rebuild resilience before it faces the biggest change to the UK's political and trading relationships for a generation too.”

The Government has been developing key policies for implementation after the transition period, including the UK's Global Tariff and plans for a Points Based Immigration System.

The Chamber has produced business briefings on those and the key elements of a ‘deal or no deal’ scenario here.

Mr Faulkner added: “Throughout this coming period we will continue to champion our members' needs and bring them the latest insight, advice and guidance.

“We all remember how changeable Brexit can be and we'll be with our members every step of the way, whatever Brexit (or Covid-19) bring next.”