PM's recovery plans welcomed but 'more must be done' 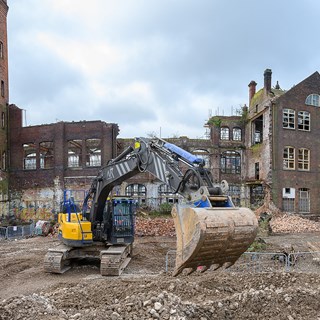 West Midlands economic and construction experts have welcomed Boris Johnson’s focus recovery plan as Britain accelerates out of lockdown, but say ‘more must be done, using home-building as a basis’.

The comments from come from regional economist Dr Steve McCabe and experienced construction professional Mike Leonard, both based at Birmingham City University, as the Prime Minister made announced the Government’s ‘Build, Build, Build’ rescue package announcement in Dudley.

Mr Leonard said: “This ‘levelling up’ package is of critical importance as we face the worst recession in living memory amid fears that unemployment could rise rapidly to levels not seen since the 1930s.

“Damage to consumer spending has, understandably, already occurred, and shows no immediate signs of returning.  As we adapt to the new “normal” there is a danger that businesses and people will not spend, resulting in more bankruptcies and job losses, which suck the country into a vortex of decline. Such a vista is utterly destructive for the prospects of millions and does not serve the country well.

“What is needed is investment to ‘fuel’ a demand-led recovery.”

McCabe and Leonard produced the Build Back Better: Covid-19 Economy Recovery Plan, released in May, a blueprint for a safe return to construction, a set of recommendations to help stimulate demand for new homes and home improvement.

Mr Street said: “The West Midlands has been leading the way since 2018 on regenerating brownfield land to create thousands of new homes, and I am pleased the Prime Minister has given us the cash needed to keep the work going at pace. It is also encouraging that just one week after submitting our £3.2 billion investment plan to Government, one of the requests has already started to come to fruition.

“Our Brownfield First policy is critical as it not only regenerates contaminated, derelict old land – which in some cases has blighted communities for decades – but it also allows us to protect our precious greenbelt at the same time.

“This latest funding will allow hundreds more acres of former industrial land to be developed into thousands of new homes, something that will be critical as we look to re-boot our economy following the coronavirus pandemic.”

Property experts also welcomed the Prime Minister’s plans, with managing director of estate agent Barrows and Forrester, James Forrester, commenting that the news was a “rallying call” for industry.

He said: “Today’s announcement by the Prime Minister is a rallying call to commerce, industry, the property sector and finance, to piggy-back his huge spending plans and literally put Britain back together again.

“We seem set to spend our way to fiscal health and to ensure, in particular, that there is finally a genuine home-building revolution to match similar investment intentions in the transport, education and health sectors.

“What a welcome relief this is and at just the right time.”