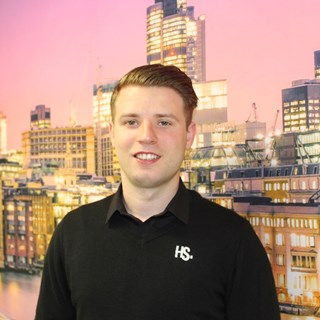 Daniel Nikolla, marketing manager at Hardy Signs, has been crowned the the Future Face of Sales, Marketing and Communication, sponsored by Elonex, at Future Faces annual awards.

He was named one of 11 winners at the event, alongside disability rights activist, Shani Dhanda, who was named as the overall Future Face of Greater Birmingham award winner, and has been awarded a fully funded MBA from sponsor Aston University, as well as winning the Future Face of Charity and Social Enterprise.

The online ceremony was beamed from Chamber House in Edgbaston and hosted by Heart Drivetime presenter Gemma Hill.

Headline sponsors for the event were Aston University and Finpoint Business Finance Hub, while entertainment was provided by musical group Elegant Entertainment.

Mr Nikolla was born in Tirana, Albania and moved to London in 2013. He relocated to the Midlands to join Hardy Signs in 2018 as a marketing executive and was promoted to his current position at the beginning of 2020.

Daniel has picked up other awards for his work as Student Union president at City and Islington College in London and his student activism with the National Union of Students UK.

The judging panel said: ‘’Daniel was awarded for launching a new marketing strategy based on digital transformation and content marketing for Hardy Signs. He has had a huge impact on sales for the company.’’

Other winners of this year’s awards were:

Future Face of Arts and Culture
(Sponsored by Andalucía Tourism Board)

Future Face of Technology and Innovation

To relive the awards, watch the event again here