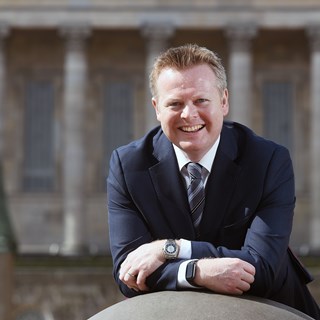 Firms across the Greater Birmingham have shown an “indomitable sprit” in the face of the grave crisis caused by the Covid-19 crisis, a new survey reveals today.

The Greater Birmingham Chambers of Commerce (GBCC) first quarterly business report of 2021 shows renewed optimism after the Prime Minister’s Roadmap to Recovery set out a blueprint for recovery.

He added: “Both profitability and turnover projections were the highest we’ve seen in 12 months. Elsewhere, it was a mixed bag – domestic and international sales saw a minor upturn but still remain in negative territory.

“Hiring levels picked up markedly. However, unsurprisingly, capex and training investment remains sluggish. The majority of firms continue to experience severe problems related to cash flow levels and we also saw a noticeable increase in the number of firms that are under pressure to raise their prices as the dual forces of Covid-19 and Brexit continue to bite.”

Contrasting trends emerged from the two individual sectors. For the second consecutive quarter, the manufacturing balance for UK sales recorded a fall – this time by four points to 44.

The service sector balance went up by seven points to 48 with a notable increase in the number of service firms recording an increase in domestic output (up from 27 per cent to 35 per cent in the current quarter).

The domestic orders balance score returned to positive territory for the first time in 12 months, perhaps reflecting the positivity generated by the Government’s announcements.

In total, 30 per cent of businesses in both sectors reported an increase in international sales – an uplift of eight per cent compared to Q4. This offset the rise of firms in both sectors which recorded a drop in export sales (up from 29 per cent to 32 per cent) which lead to the overall balance score going up two points for 47 to 49.

Again, differing trends emerged in the two sectors. The service sector balance fell by one point to 47 because 33 per cent of service firms witnessed a fall in overseas sales (up from 29 per cent in Q4).

The manufacturing balance made a welcome return to positive terrain for the first time since the start of last year; 37 per cent of manufacturers noted increased export sales over the last three months (compared to 19 per cent at the end of 2020) which meant the balance score went up from 46 to 53.

Professor Julian Beer, deputy vice-chancellor Birmingham City University, who sponsor the report, said: “The figures for the first quarter of 2021 represent a significant upside surprise. In spite of the imposition of a national lockdown, the figures actually represent a broad-based improvement on Q4 of 2020.

“This is quite remarkable given the enormous challenges created by both the lockdown itself and the impact of school closures on employees. It will be interesting to see the extent to which this is mirrored in national GDP data when they become available.

“Looking forward, it seems likely that we will see a significant recovery in activity moving forward into the second and third quarters of the year, which is cause for optimism after an extremely difficult year.”

The Quarterly Business Report Q1 briefing webinar on 25 March focuses on 'Adapting to the New Economic Landscape in Greater Birmingham'. To book a place click here.