War in Ukraine: What happened this week? 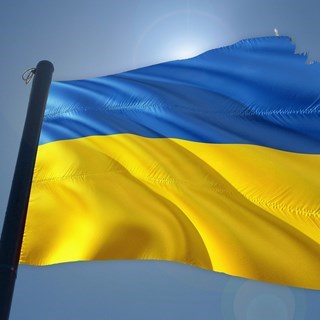 The head of the International Energy Agency has warned about a gas supply cut this winter and Ukraine was approved as an EU candidate by Brussels.

Prime Minister Boris Johnson visits Kyiv, noting that the UK will continue to provide Ukraine with military equipment and training to fight Russia.

Defence Secretary Ben Wallace praises the defence industry for their role in providing weapons, ammunition and logistical support to Ukraine.

Russian foreign ministry summons European Union ambassador, Markus Ederer, to Moscow over Lithuania’s ban of the transit of Russian goods. A dispute has arisen over Lithuania’s refusal to allow embargoed goods to be shipped to the Kaliningrad enclave via its territory under EU sanctions.

Denmark’s energy agency declares a first level ‘early warning’ alert over worries of its gas supply due to uncertainty on energy imports from Russia.

The head of the International Energy Agency warns that Russia may stop supplying gas to Europe this winter, emphasising that Europe needs to work on contingency plans in the event of a total shutdown.

A British man sentenced to death by a Russian proxy court for fighting in Ukraine is told the execution will be carried out.

Ukraine is approved as an EU candidate at a Brussels summit following the European Commission’s approval. Candidate status is the first official step towards EU membership, though other countries have been candidate countries for years without success.