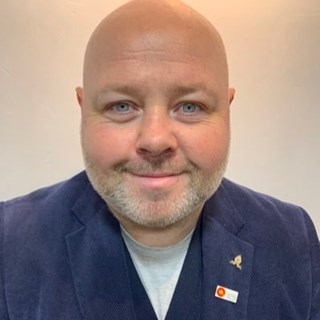 A Sutton Coldfield video production company has produced a documentary to raise awareness of sepsis – particularly in the farming community.

Ark Media Productions joined forces with The UK Sepsis Trust – the Sutton Coldfield Chamber of Commerce’s charity of the year – for the documentary.

Sepsis is when the immune system overreacts to an infection and attacks our own body’s organs and tissues.

Five people die with sepsis every hour in the UK and it claims 11 million lives a year globally.

However, with early diagnosis, it can be treated with antibiotics.

The documentary tells the story of Hannah Brown, a young farmer who died from sepsis after getting the condition while farming.

It follows her friends, family, and other sepsis survivors as they talk about Hannah’s story, the symptoms of sepsis to look out for and how Hannah’s story has helped them to spread awareness.

Brian Davies (pictured), fundraising manager for The UK Sepsis Trust, said: “Hannah’s story is so powerful that we wanted to share this with people in the hope that hearing Hannah’s story could save lives.

“By knowing the symptoms to look out for and being more Sepsis Savvy, people will be more likely to seek out medical attention and not waste precious time.”

Phil Arkinstall, CEO of Ark Media and president of the Sutton Coldfield Chamber, said: “We work very closely with The UK Sepsis Trust, and when we were approached to produce this documentary we were more than happy to help.

“The team worked hard to ensure the documentary was in fitting with UKST’s vision and we are very pleased with the outcome.”

The six symptoms of sepsis in adults are:

Watch the documentary below...