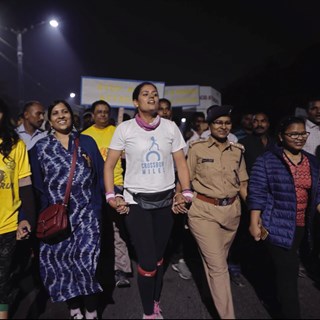 Birmingham Film Festival, part of the Bagri Foundation London Indian Film Festival and sister festival in Manchester, has returned to the city.

The annual event runs until 4 July.

Supported by the British Film Institute (BFI) using funds from the National Lottery, this will include the festival's opening night premiered WOMB (Women of My Billion), an inspirational feature documentary telling of one woman, Srishti Bakshi, who walks the entire length of India (nearly 4,000 kms), over 240 days to explore the experiences of other women in its billion plus population.

“With the UK scene improving, we are delighted to not only offer a strong high-definition online experience on LoveLIFFatHome.com but to also welcome our audiences back to the big screen at MAC Birmingham, Millennium Point, and, for the first time at Everyman at The Mailbox.

“We will this year be showcasing the best of British Asian filmmaking, plus exciting premieres in over 7 South Asian languages. Of course, we are working with cinemas to ensure the safety and comfort of all our audiences".

Birmingham City University is supporting and partnering with the festival.

Professor Rajinder Dudrah, Professor of Cultural Studies and Creative Industries, Birmingham City University said: “In another challenging year all round, not least for our Indian friends and families, we need the possibility of the new, to be able to look at things differently, for hope, and to create and tell our stories in a myriad of ways.

“This summer of BIFF 2021 promises to do just that with a range of stimulating films and events that deal with the topical, to the practical and the uplifting.

“Birmingham City University, as in previous years, is pleased to be a partner to this venture that brings thought, escape and creativity to our city and online platforms.”

Pictured: A still from WOMB