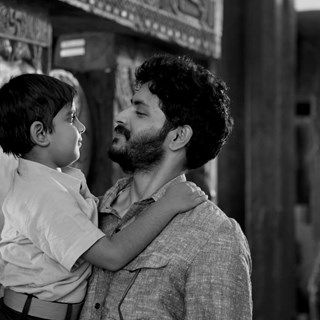 A popular film festival will be returning this autumn to stage the UK premiere of Bengali drama Avijatrik.

Directed by Subhrajit Mitra, the drama Avijatrik (The Wanderlust of Apu) will mark the start of the autumn season for the festivals.

The new tale is based on the legendary character Apu who was first brought to the screen by India's most internationally acclaimed director Satyajit Ray, in his Apu Trilogy in the 1950s.

Shot in black and white and keeping an eye on the continuity to Ray’s classics, the new film Avijatrik focuses on Apu's overwhelming wanderlust to discover the world beyond Bengal with his doting six-year-old son Kajol.

The film will be screened for one night only at London’s Ciné Lumière, Midlands Arts Centre in Birmingham and HOME Manchester, where it will be part of their Not Just Bollywood season.

Other highlights of the festival include a screening of the beloved classic Pather Panchali, the first of The Apu Trilogy screening in London, with a lecture introduction about Satyajit Ray from globally acclaimed biographer Andrew Robinson at Ciné Lumière.

In Birmingham, festival organisers will screen British Asian short films from emerging filmmakers and look back at the contribution British Asians have made to the music and arts.

Online at loveliffathome.com, the festival will feature rare talks with the great British screenwriter and novelist Hanif Kureishi and Academy Award, BAFTA and Grammy winning director Asif Kapadia, as well as a host of Q&As and a year-round selection of films including Bangladeshi independent film director Tareque Masoud’s last film, Runway and the multi-award winning Court, the directorial debut of Chaitanya Tamhane.

Festival director Cary Rajinder Sawhney, said: “After our June festival's successful return to cinemas and online, it's great to be back in four cities across the UK to showcase some of the best of Indian and South Asian talent, both old and new.

"We are also expanding to Manchester, Bolton and Bradford cinemas and highlighting a quality range of films.

"These venues are some of the best in the UK and offer the safest possible environments for audiences to return to the cinema. Of course our 4K platform www.LoveLIFFatHome.com is also going strong. Offering audiences access to rare films UK-wide, and amazing online talks, accessible free to anyone around the world.”

Pictured: A still from Avijatrik