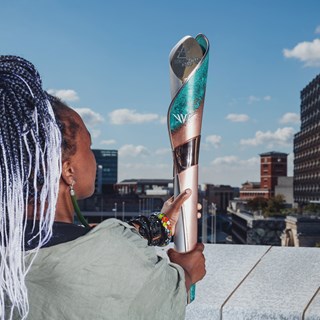 Business leaders in Greater Birmingham have welcomed the launch of trade negotiations between the UK and India.

A Free Trade Agreement is expected to create huge benefits for both countries and could boost the UK’s total trade by up to £28 billion a year by 2035.

In the West Midlands, trade with India is worth close to £1 billion, with more than £237 million worth of goods exported and £670 million imported in the first three quarters of 2021 alone.

During the same period, the West Midlands was the second largest regional importer of goods from India.

Between January and October last year, more than £110 million of machinery and transport equipment was exported from the region to India, and the Government predicts that the region could see a boost of up to £300 million with a future trade deal set to create additional opportunities for manufacturers of motor vehicles, parts and other equipment.

Analysis from the Department for International Trade revealed that almost 30,000 people in the West Midlands were employed via Indian investment in 2019.

With India set to become the world’s third biggest economy by 2050, the West Midlands can expect this figure to substantially increase following a future trade deal.

“As a West Midlands-based organisation here to help businesses to connect and grow, we understand the power of diversity within our region and how that is amplified on a global scale through the impact of bilateral trade between collaborative local SME communities.

“A positive free trade agreement will help to increase trade between the UK and India on a national scale, leveraging the power of inclusive growth for businesses and the communities that we are all here to serve.”

The news comes as a programme of events designed to bolster further trade and investment between India, the West Midlands and the UK took place – coinciding with the Birmingham 2022 Queen’s Baton Relay.

The virtual programme, taking place during the Queen’s Baton Relay in India this week, brought together political leaders, Indian investors, West Midlands, UK and Indian business leaders, as well as international cultural icons, all to mark the Commonwealth Games as a once-in-a-generation.

As part of the programme, a virtual showcase was held on Wednesday, where key names from across the Indian business, tourism and cultural landscapes heard from government stakeholders, including Alex Ellis, British High Commissioner to the Republic of India and West Midlands mayor Andy Street.

Discussions were aimed at building on the UK-India Enhanced Trade Partnership, unlocking new opportunities for British businesses exporting to India and Indian businesses investing in the UK.

Activity marking the arrival of the Queen’s Baton Relay in India is just part of a series of engagement between the West Midlands and India running up until 2023 and beyond. Indian businesses and investors will be invited to the West Midlands during the Games followed by a mayoral-led delegation to India in autumn 2022 to promote opportunities for bilateral trade and investment.

Pictured: The Queen's Baton Relay was this week due to arrive in India